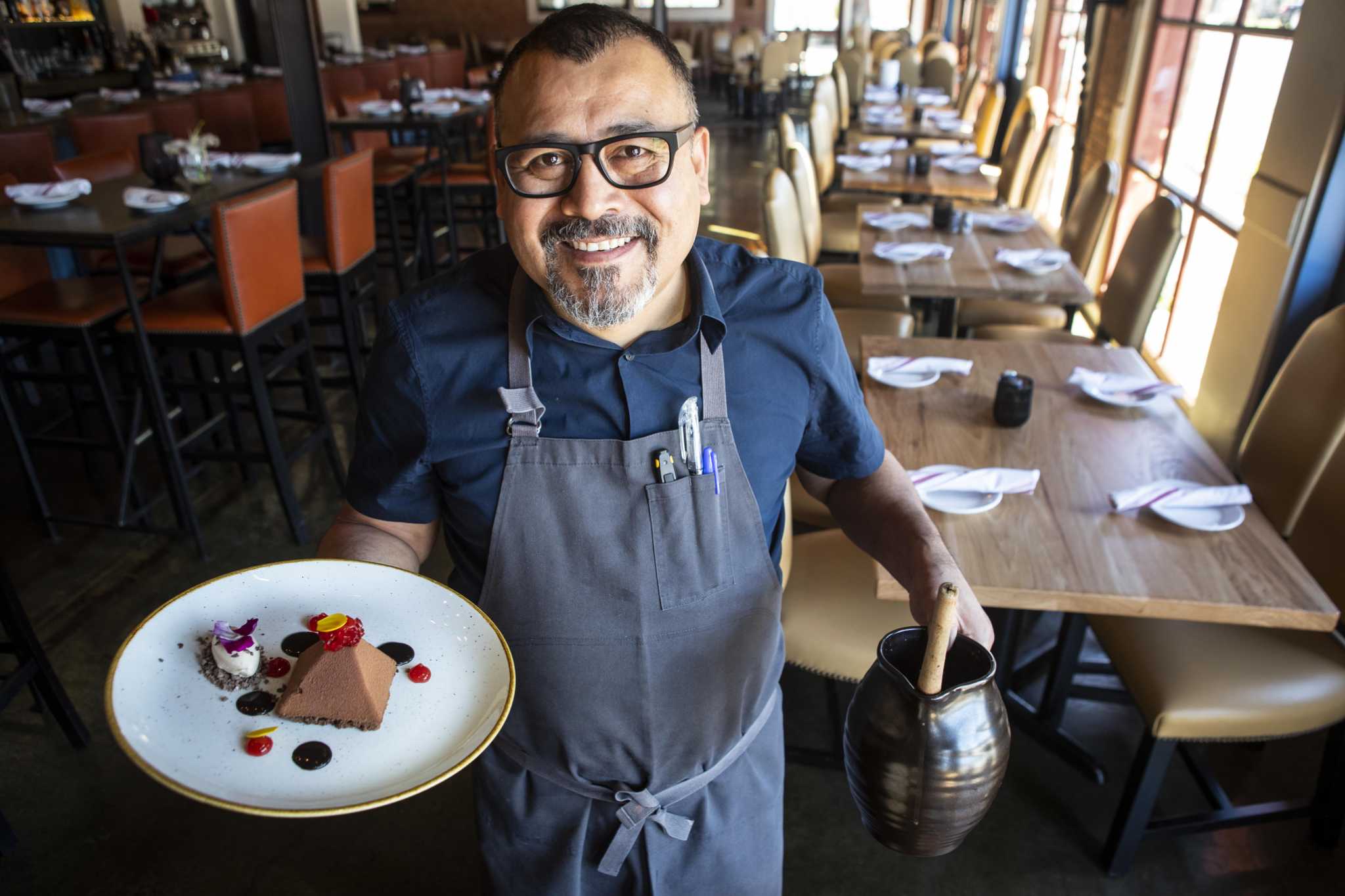 Champagne corks popped at some of the city’s top restaurants and bars as the James Beard Foundation announced the finalists for its 2022 awards.

With Houston still basking in the culinary limelight brought by the ongoing “Top Chef” series set in the Bayou City, the prestigious Beard award nominations provided even more reason for the city to celebrate its melting pot food culture.

After two years of not having the awards — 2020 and 2021 were skipped amid the pandemic and an internal foundation controversy — and a disastrous 2019 season when local chefs and restaurants failed to score a single nomination for what is often called “the Oscars of the food world,” Houston triumphed Wednesday with finalists in major categories including three chefs up for Best Chef Texas.

“It’s like a dream. I can’t contain myself,” said bar owner Alba Huerta, whose Julep on Washington Avenue scored a nomination for Outstanding Bar Program. “It’s our first year nominated, so there’s a lot of emotions. The struggles of coming back to work from the pandemic are still real. To have this recognition is wonderful. It’s a recognition for Houston. We love this city.”

As the finalists were announced via Twitter, Alba found herself in the elite circle and called her friend, pastry chef Ruben Ortega, to offer her congratulations at his nomination as Outstanding Pastry Chef. Ortega, the pastry chef for H-Town Restaurant Group, said he had forgotten about the finalist announcement.

“I was looking at my phone because Alba was calling. I was wondering what’s going on. It caught me by surprise,” said Ortega for his first-time nomination for his work at the Oaxacan-inspired Xochi restaurant downtown where his Mexican chocolate desserts include a cocoa pod that diners break open at the table. “I’m overwhelmed and so very proud.”

Ortega said he wanted to pop a bottle of champagne but realized he had none at home that was already chilled. “I’m waiting for it to cool down,” he said with a laugh.

For his brother and sister-in-law, chef Hugo Ortega and restaurateur Tracy Vaught, Wednesday was also a joyous day. Their flagship Hugo’s restaurant was tapped as a finalist for one of Beard’s top awards, Outstanding Hospitality, a category that recognizes the highest standards of restaurant service in the nation.

“It’s an award for the very thing we all try to achieve. All restaurants and service businesses in general want to be hospitable, welcoming, and warm,” said Vaught, who along with Hugo Ortega (a James Beard winner for Best Chef Southwest in 2017) operate the restaurant group that includes Hugo’s, Backstreet Café, Caracol, Xochi and Urbe. “Hospitality is what we all strive for. There are days we get it wrong. It’s a continuous effort. It’s never perfect. You’re always trying to get as close to correct as you can.”

Vaught was quick to credit director of operations Carlos Neri for the finalist nod. Neri, she said, worked his way up from busboy to general manager at Hugo’s.

MORE FROM GREG MORAGO: Here are the Houston restaurants helping in the Ukraine humanitarian crisis

Chris Williams, chef/owner of Lucille’s restaurant in the Museum District, wasn’t even in town when he learned he was nominated for Outstanding Restaurateur. On vacation in Portugal, he said his phone began lighting up fire emojis from friends and colleagues congratulating him for his work at the 10-year-old restaurant named for his maternal great-grandmother, culinary pioneer Lucille Bishop Smith. The Outstanding Restaurateur nomination isn’t just a major coup for Lucille’s, it also recognizes the philanthropic work of Lucille’s 1913, the nonprofit foundation that Williams founded to help feed underserved Houston communities.

For the first time, the Beard awards will include a new category, Best Chef Texas, recognizing the work of chefs in the Lone Star State who traditionally competed in the Best Chef Southwest category along with chefs from New Mexico, Arizona and Colorado. The Best Chef Texas category was created in 2019, although James Beard has yet to make awards in that field.

Out of a long semifinals list chock full of Houston hopefuls, three chefs emerged as finalists for Best Chef Texas: the team of Christine Ha and Tony J. Nguyen of Xin Chao, and Quy Hoang, the celebrated pitmaster of Blood Bros. BBQ in Bellaire.

For Ha, the Houstonian who was the first blind contestant on the cooking competition “MasterChef,” which she won in 2012, the Beard nomination was bittersweet. She returned to Houston Tuesday after a trip to Vietnam for a memorial service for her father, who died in January. Tired, a little groggy, and full of emotion, Ha said she expected the worst and hoped for the best on Wednesday. But she and chef/partner Nguyen pulled out the nomination.

“I’m just really proud. It’s very hard work. I’m just one of thousands of people who are doing the daily grind,” said the chef who operates The Blind Goat and the modern Vietnamese restaurant Xin Chao, which she opened with Nguyen in 2020. “Being a woman of color and a disability, it means even more to me to break that barrier.

“It’s putting a sharp lens on Houston and showing the rest of the nation that maybe the Michelin Guide needs to come here next,” she added.

Hoang was already at work manning the smokers at Blood Bros. when he got word of his nomination.

“It’s surreal. Even when I made the semifinalist list, we never thought we’d make any kind of list,” he said. “I don’t have culinary training, so I don’t consider myself a chef. We started this thing cooking and having fun, and it’s grown into something really awesome.”

That “thing” obviously impressed Beard judges who tapped the pitmaster for his work with partners Terry and Robin Wong in creating distinctive, Asian-style barbecue that reflects Houston’s foodways. Blood Bros., which opened in Bellaire in December 2018, struck a chord not just here but nationally: the partners opened an outpost in a snazzy Las Vegas casino last summer.

“I think barbecue has grown so much. Everything is elevated. It’s not just brisket, ribs and sausage: People are doing composed dishes using smoked meats. It shows the diversity of what barbecue can be,” Hoang said.

The Houston finalists — winners will be announced June 13 in Chicago — bring culinary distinction back to the city still struggling with the restaurant industry disruptions brought by the pandemic. The awards program itself also is emerging after a dark time of introspection.

After scrapping the 2020 awards, the Beard Foundation conducted an internal audit after accusations of lack of transparency and an absence of racial inclusion in its nominations and awards process. The foundation stated it “heard calls from the restaurant community and the public for a more inclusive and transparent awards process” that recognized broader issues within the restaurant industry including “racial injustice and inequities.” The audit’s objectives were to remove any system bias and increase diversity within the voting body.”

Huerta said it was a time to celebrate. “There’s a lot of good energy today. A lot of happy people,” she said. “We’re going to throw a party in Chicago and have a good time.”